Events
Lady Griselda rewards the group with many gold crowns for recovering Greemly’s illicit spellbook. Next, Lady Griselda tasks them with discovering her rival Lord Chrodegar de Morhier’s true loyalties in the war between the great Lords Agravaine and Ermengard. They negotiate a pre-payment for this quest, and the party travels to Castle Morhier. On the way, they are attacked by beastmen who were feasting on a traveler and his horse. After dispatching them, they find a the dead man was a messenger with a letter from Lord Agravaine addressed to Lord Chrodegar offering him honors for joining Agravaine’s side in the war. There, they are allowed into court as a troupe of entertainers and proceed to see that Chrodegar’s guest is an envoy from Lord Ermengard, asking Chrodegar to join Ermengard’s side. In exchange, Ermengard will grant Chrodegar’s callow son, Chilfroy, a prestigious leadership position in his army. Jarlyle impressed the nobles with his entertainments and the group revealed that it offered important services, including perhaps Boneshard training Chilfroy in the matters of arms.

Intrigued, Chrodegar said he had a more pressing problem in the form of a rebellious fief. If the adventurers would take care of the problem by “cutting off the head of the snake,” the rebels’ leader, he would trust them to tutor his heir in combat. He had sent several knights errant to deal with the reported rebellion, but none had returned. Perhaps the adventurers could fit in better as peasant folk themselves. He also mentioned his reluctance to send men on campaign for Ermengard or Agravaine while he had a dragon near his lands, though the dragon’s desolation was an old problem. Jarlyle agreed to perform the task, and they set out towards Greenhill.

The group reached a bend in the trail where they could see the village and keep ahead, when they heard the sounds of ambushers. A group of ten bowmen presented themselves, led by a Jacques, who announced they should, “forfeit their money for the cause of freedom,” including their horses and goods. Before Jacques could go on, Boneshard charged him. Jacques got off an arrow before the northman’s sword cleaved in his skull and through the arm of the next man standing by. Jarlyle and Regis show arrows back with several kills to their name, but one highwayman managed to escape back to the village. The group waited a few hours, then presented themselves as merry band of troubadours in the village. The village was starved for song, and accepted the group’s explanation that they believed they were defending themselves from robbery and so would be allowed in the village as long as they spoke with Esmeralda. 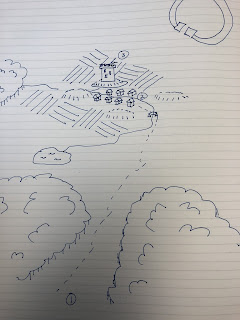 Esmeralda was an attractive Tilean (*cough* Italian) mercenary who had aided Jacques in killing the evil Lord Roger (and his entire family), who frightfully oppressed the peasants of Greenhill, including raping Jacques’s sister, who fled on pilgrimage. Jacques took vengeance, and Esmeralda agreed to help and had installed herself in Lord Roger’s shell keep. 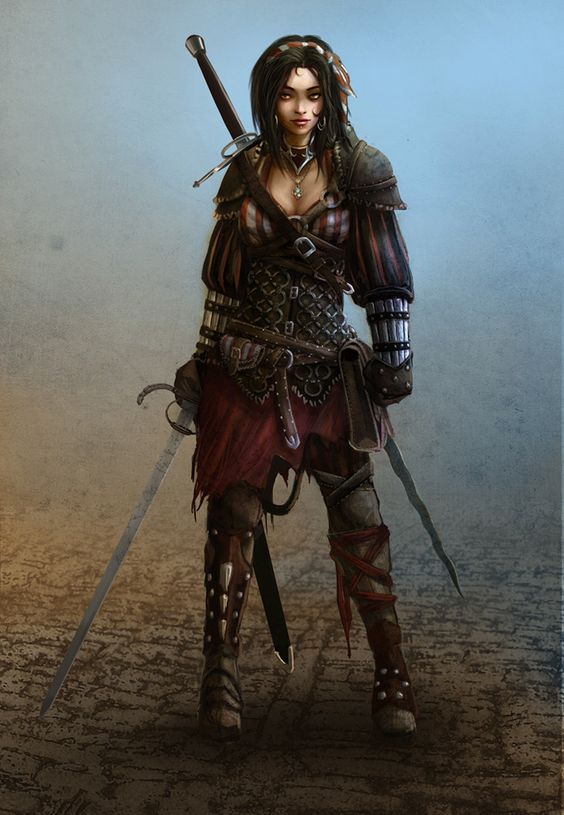 Esmeralda welcomed the adventurers and accepted their apologies for what occurred with Jacques. She asked Jarlyle to entertain all and simple bonfire peasant revelry in the keep’s inner courtyard. Boneshard had acquired two kegs of ale in Castle Morhier and let the peasants take full draughts. In the course of plying Esmeralda with drink, and suggesting that their own motives may have been less than pure, Regis inquired on Esmeralda’s future plans, given that knights would surely come at some point and kill her. Esmeralda confessed she would not be using the gold from Lord Roger to hire mercenaries as she had promised Jacques and the peasants, and in fact wanted to flee with the money when she could make a clean breakaway. [There were some very successful Charm and Consume Alcohol rolls made by the players.] Regis and Boneshard convinced her to go ahead and leave tonight with them, and she went into the keep to get the chest of silver.

But then the group heard a cry from the old village Seeress, who pointed her gnarled finger and screamed that the village was being betrayed by the adventurers. (For some reason, the players never killed or silenced this woman despite her obvious creepy witch appearance I introduced when they first came to the village.) Mayhem ensued as peasants went to grab their bows, believing their wisewoman over the strangers who killed Jacques. As Boneshard frenzied and began butchering right and left, there was some hefty debate between the players over whether to shut the barbican gate (“I’m not trapped in here with you, you’re trapped in here with me!”) or try to keep it open. Two peasant archers manned the barbican and began lowering the gate. In the melee with at least 15 peasants turned rebels, Regis and Boneshard both suffered critical injuries (funnily, both rolled torn muscles) and were rendered unconscious. Esmeralda reemerged, shot a rebel, and with Jarlyle’s help was able to kill the gate guards and help everyone to safety. Jarlyle collected the money and the group travelled back to Castle Morhier to report the rebel leader dead.

Rewards
120 XP or so per player
A bunch of gold, calculated later to the group having like 85 gc for Regis/Boneshard and 50 more for Jarlyle

Email ThisBlogThis!Share to TwitterShare to FacebookShare to Pinterest
Labels: WFRP