Always able to get recruited as mercenaries or hedge knights into various fighting armies. Smallfolk will also want help or need to be punished because lords are on campaign.
XP based on money, getting some status with notables increases what quests/duties nobles will trust the PCs with.
So have layout of medium area with a lord, his allies/vassals, enemies, current military and political threats and objectives. Also environmental threats with rewards (centaur-elk, dryad grove, troll king, kobold hill, etc.)
Noble warfare quest ideas: kidnap rival family, assassinate rival, serve on campaign, serve on scouting mission (need some trust), obtain magical/useful item for the lord, deal with raiders in noble's lands, quell rebellion, collect taxes, etc.
No comments: 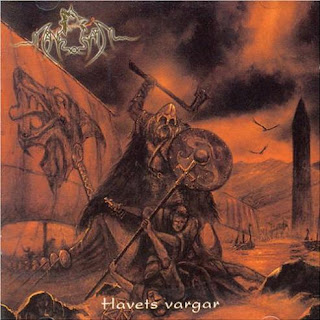 To begin, a collection of ideas:

Classes and Races:
new templates for each class: knight-fighters, rangers, etc.
dwarves - secretic folk, have mountain king somewhere but sworn to secrecy, greedy, smell gold, good in tunnels, tough
elves - aka changelings, no known elf-lands, but said to exist in circles in the woods, given natural magical affinity by upbringing. oft cast out from human homes when changeling nature suspected. cold-forged iron (very rare) can paralyze them upon touch.
clerics - serve Church of Law, meant to convert the heathen Utlanders and their nature gods of iron, lightning, battle, sea, so on.
wizards - free cantrips & detect magic through check, can use swords but not armor. viewed with suspicion by Church, but their knowledge of arcane, ability to see and use magic valued, so often there's a court wizard. Scholastic wizards are Westlander wizards who have agreed to abide the Canons of Law.
bards or skalds - Utlandic bards treated with reverence as a kind of pre-Law priest.
No comments: